Some Thoughts on Apple Music

Posted on 04 Jul 2015
reviewopinion
Note: the opinions expressed here are solely mine. (Duh)

Yes, I’m going to talk about Apple Music, like literally everyone else online these days.

So I cancelled my premium Spotify subscription after using Apple Music for literally a few days, mainly for one reason: integration. Apple Music managed to combine my existing music library with streaming and their new “revolutionary” eye roll radio in such a way that it’s more convenient than Spotify.

As iTunes is always open & playing while I’m working on something it became simpler for me to switch from my music to streaming with the Apple Music integration, than to open Spotify.

I mostly use Apple Music on my iPad and while I’m not going to pick on the app UI too much, as this post is about Apple Music the service, it is rather convoluted especially when you’re trying to find music. Where there used to be a breakdown of your music library, there’s now Apple Music related tabs.

Essentially this curates various playlists and suggestions based on “what you love” –songs that you heart– and your chosen preferences (and maybe your iCloud Music library). So far, Apple Music seems to have the best algorithms for suggesting music. What the playlists and albums that I’ve been presented have been (mostly) relevant to my tastes. Although for some reason I get hip-hop suggestions –which I’m not that into. 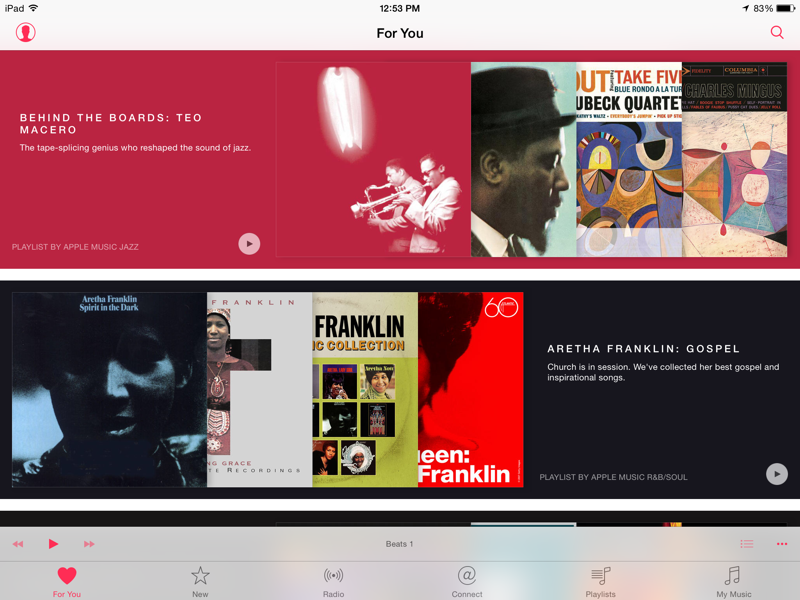 It’s not so much “new” as it is top or featured albums, playlists and songs available for streaming. Basically, it’s a discovery tab or a “streaming store” as it’s similar to the existing iTunes Store layout. But what’s available seems to be heavily weighed towards what’s popular or trending. 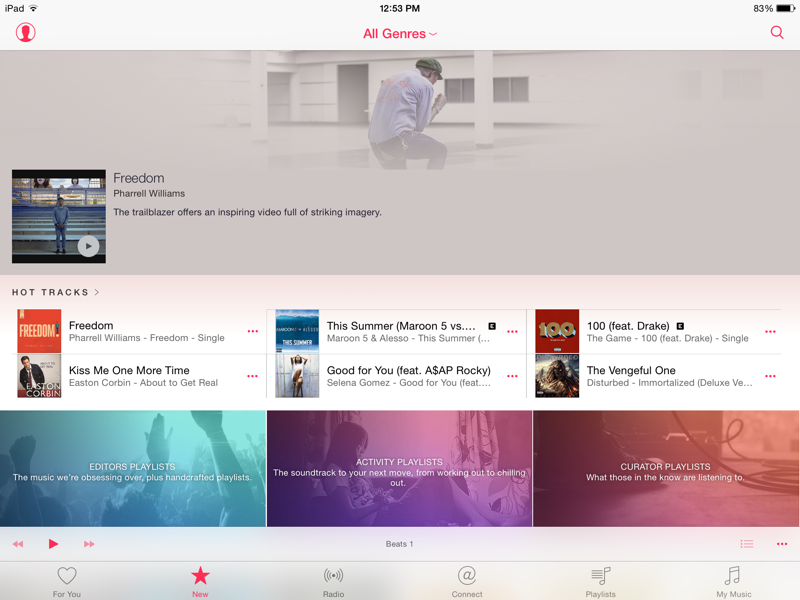 Aside from being a giant showcase for Beats 1, there’s a bunch of genre and “mood” stations that are nice if you’re not that picky and just want to let music play –which is nothing that new. But you can now start “stations” from songs in your library or from Apple Music, for example the “Freedom Radio” in this screenshot. 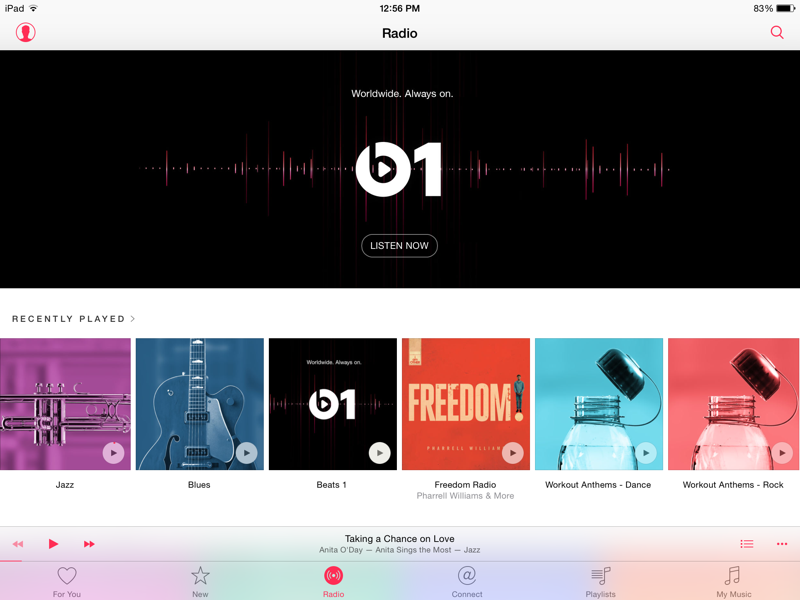 Mostly useless –I couldn’t care less what popular artists are up to (as popular artists are invariably the only ones who will use it to some significance) or sharing. But if you’re into that, sure. A potential useful aspect, however, is in following curators who post playlists that may have some merit, but so far I’ve not used Connect. 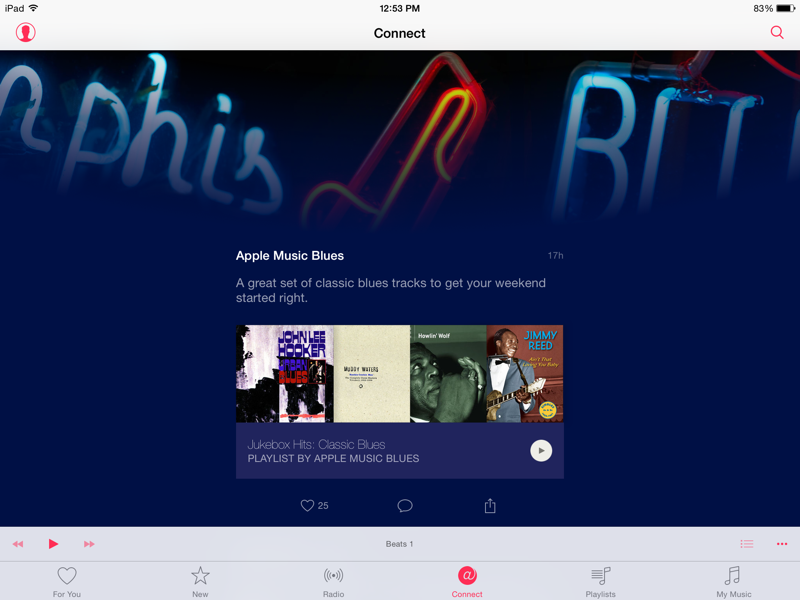 This tab is self-explanatory, it has all your pre-existing playlists that you’ve created or imported into your iCloud Music Library. I’m not a big playlist creator so I’ve not much use for this. (BTW, this only shows up on the iPad.) 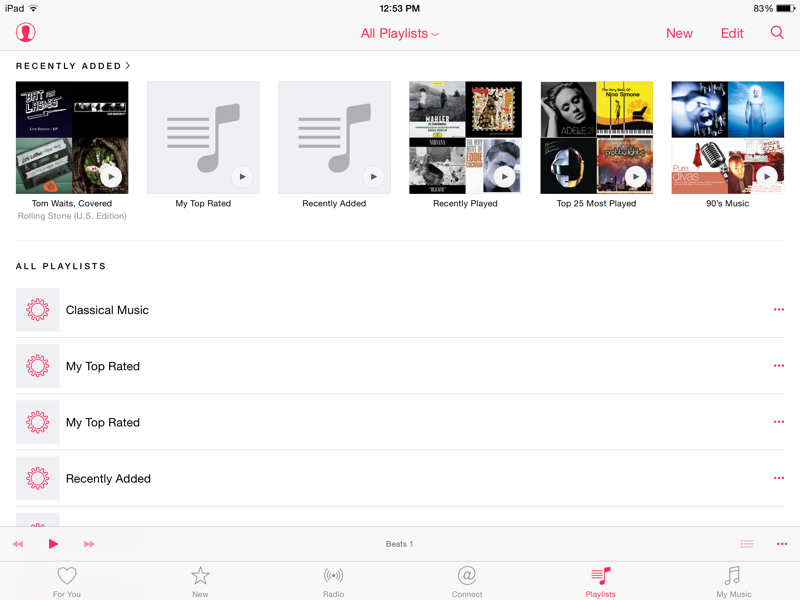 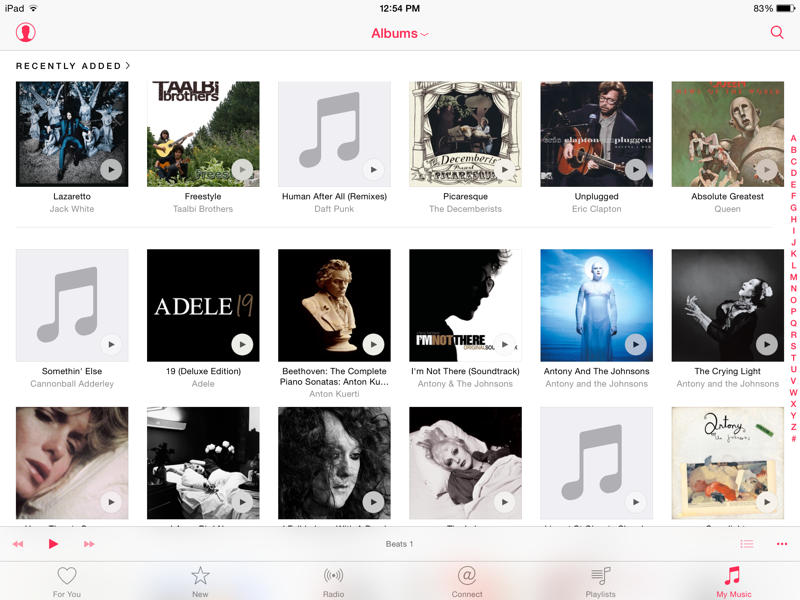 iTunes is a monster and wedging Apple Music into makes it even more clunky. Like always, instead of making a standalone app Apple has simply shoved the tabs from Apple Music on iOS into iTunes’ UI. 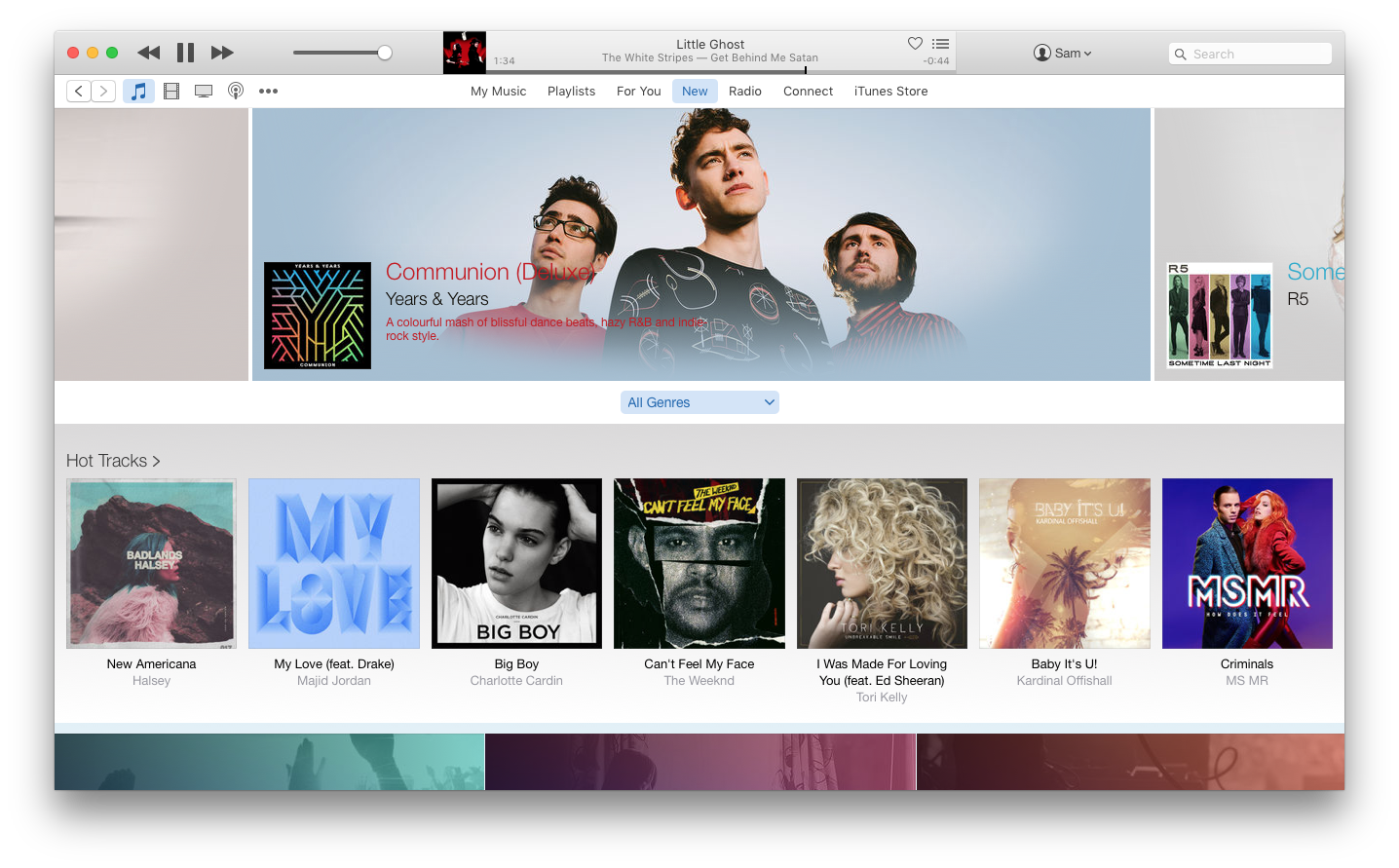 Music’s integration with Siri is fantastic and makes up for what’s lacking in-app for finding songs. You just ask Siri to play any specific album, song or artist (I’ve yet to stump her) and it plays right away –not to mention it’s just plain fun hollering at Siri to play whatever.

Seriously though, with “DJ Siri” Apple clearly sees that AI is the next UI -it’s also an obvious move to make the Apple Watch more useful.

Beats 1 is the most compelling thing about Apple Music and it’s largest differentiator, when compared with other services. It adds personality to the service by having live people host shows and play music that’s to their tastes or that they feel deserves being played. It’s also quite obvious that with Beats 1, Apple wants to be a trendsetter for music.

The shows on Beats 1 are varied enough to get a range in listening options when you tune in and you can hear the differences in music tastes of the various hosts, which diversifies the service for difference audiences. The nicest surprise for me was hearing some of the more niche items from my personal library airing on Beats 1 –which you’d never hear on other radio stations. Also, the lack of annoying ads –except for the rare few second interstitial saying “Beats 1 is made possible by…” (whom I’m convinced is Eddie Izzard)– and the usual annoying radio gimmicks is also nice.

If you’re not using a streaming service and you have an Apple device/computer, Apple Music is a no-brainer –and this is definitely how Apple will get immediate market penetration, by giving it to everyone with an iDevice. Besides you might as well avail yourself of the free 3 month trial and see if you’ll stick with it for your streaming solution –that is, if you’re into streaming in the first place.

But if you’re on something other streaming service, and you’re not that into Apple or have no interest in some of Apple Music’s differentiating features, than don’t bother switching. All these services have seem to have the same ~30 million song library.