To replace my aging and broken ThinkPad E Series (the cheaper and plastic-er ThinkPad), getting the latest and greatest in ThinkPad was decidedly the best course to go. After much deliberation, the T460s was my choice. So after a couple weeks with it, here is my review. 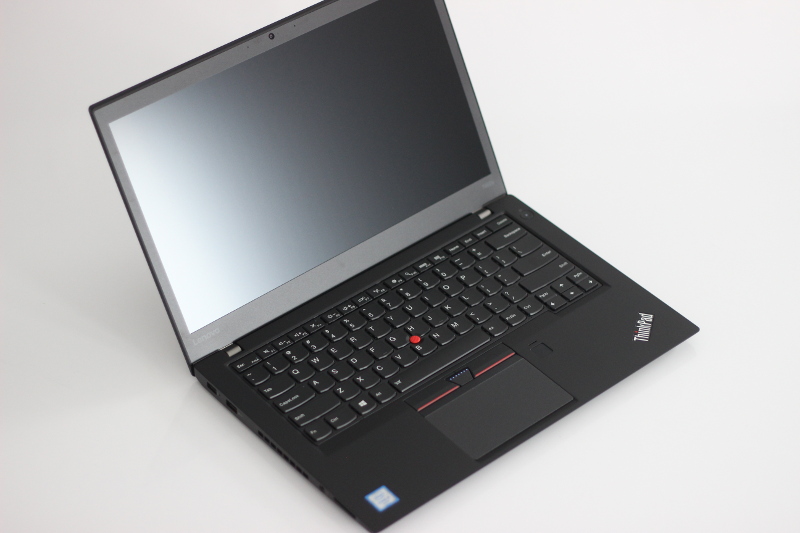 The T460s like all ThinkPads is an understated, matte black box with minimal branding. To give this box some toughness, Lenovo uses a combination of magnesium-alloy for the chassis plus carbon-fibre-reinforced plastic to surround the display for the lid, all of which feels very nice. The T460s is also much thinner and lighter than most of the other laptops Lenovo’s ThinkPad lineup (save the X1 series) at 1.88 cm (0.74 in) tall and weighing just 1.36 kg (3.0 lb).

While this model is configured with a dual-core Intel Skylake Core i5 chip at 2.80 GHz, it is configurable up to a Core i7, also dual-core, at 3.40 GHz, which isn’t spectacular but is comparable with many other laptops in this class.

Fortunately, the magnesium case isn’t a unibody design and the innards are easily accessible by unscrewing a few Phillips screws in the base. Memory-wise, the T460s comes with either 4GB or 8GB integrated with the motherboard, but there is a single slot for up to 16GB of additional DDR4 RAM which allows for some upgradeability. The same goes for the removable solid-state (and only solid-state) drive.

All this makes the T460s very quick to boot, but not necessarily a powerhouse. For me, it has enough performance for most tasks –it handles my graphics workload without a hitch.

The thinness of the T460s comes with a trade-off: you lose the swappable battery you find on most ThinkPads which is a good trade-off in my view. Instead the T460s has two 3-cell internal batteries (23Wh & 26Wh each) which gives it a purported max 10.5 hours of battery life however I’ve gotten more in the range of 6-7 hours.

While it’s plugged-in and charging the underside of the T460s does get a little warm, but not significantly, which is likely a side effect of the laptop being thin and it using its metal enclosure to passively disperse heat.

Speaking of heat: fans. It has one, but not so you’d notice. Most of the time the T460s is dead silent thanks to its SSD and passive cooling, even on the rare occasion when the fan is running, it’s so quiet you’d never know.

Keeping with ThinkPads’ usefulness, Lenovo has crammed a tonne of ports into the sides of the T460s. The left hosts a single USB 3.0 port, a headphone jack and an SD card slot –the AC adapter plugs into this side as well. On right side you’ll find 2 more USB 3.0 ports one of which is powered, HDMI out, a Mini DisplayPort, GigaBit Ethernet, a Kensington lock slot plus a SIM card & Smart card reader slot (regardless if you have either of those options).

You also get the usual assortment of the latest connectivity hardware in this Thinkpad: Intel 802.11ac wireless, Bluetooth 4.1 and optionally a WWAN module, with all the latest wireless standards.

The display is a 14” IPS non-touch display at 1920x1080, but you can upgrade to a 2K (2560x1440) display with or without multi-touch. Even at lowest configuration (1080p) the display is great, it’s sufficiently bright and crisp with 250 nits and a 700:1 contrast ratio. Nearly all sane viewing angles are covered, as well a few insane ones since the display can open to a full 180° –why one would do this is beyond me– and the hinge its on is very rigid.

The chiclet-style keyboard is an excellent typing experience, as you would expect from a ThinkPad, with ample travel on each key and a satisfying click. There are a few nice details like LED indicators for the FnLock and CapsLock keys as well as the Mute key, and I’ve opted to have the entire keyboard LED backlit as well. My only keyboard grievance is the Windows-specific keys in the function row, instead of more generic items –alas, this is a symptom of the Microsoft monopoly.

Now the touchpad in this ThinkPad isn’t best-in-class, but it’s sufficiently large and sports multitouch support –software-permitting–. But many ThinkPad users, like myself, go in for the requisite TrackPoint and if you like it, then great, if not, it’s never in the way and if anything the addition buttons above the trackpad are still useful regardless if you use the nub. And in my view the little bit of red among all the black is a nice aesthetic touch.

Aside from the keyboard, nub and touchpad, the only other things on this side of the T460s are the power button and a fingerprint reader (which I haven’t used, more on that later).

The 720p camera is a pretty standard webcam, which is paired with a dual-array microphone. The speakers, however, leave a bit to be desired. They’re pretty much devoid of bass and at higher volumes things start to sound tinny. Also, being on the bottom of the laptop they will be slightly muffled if you happen to have the T460s on your lap or another soft surface. So stick to hard surfaces for the best sound or pack some headphones.

(One audio-related annoyance that I can’t really fault Lenovo for overlooking is that at some volumes certain frequencies will vibrate the anti-static plastic tape that is on the inside of the laptop covering parts of the motherboard. That’s my theory at least, I haven’t removed the tape to test it.)

Does it run Linux?

Since I and probably many of you care about Linux support, I’m glad to say it does. However, since the T460s is brand new hardware, there may be issues running distros that ship older kernels (but I haven’t tested that so don’t hold me to it). But I’m all about using the latest and greatest, and Ubuntu 16.04 installs and works without a hitch. Driver-wise, the only thing that has no support at all is the fingerprint reader –which is no big loss– but everything else works great. That being said, that painlessness is due to the fact that Ubuntu ships proprietary drivers, if you care about that sort of thing.

The T460s comes with Windows 10, obviously, which is authenticated for Secure Boot (no entering license keys!) so you shouldn’t have a problem reinstalling Windows 10 if you chose to do so.

If you like the ThinkPad aesthetic (as I do) and don’t mind the battery losses in exchange for a new thinner body and are looking for a great (Linux) laptop, then I’d very much recommend the T460s. The drawbacks it does have, lie mostly in with its mediocre speakers.

In my view, the best ThinkPads are and always will be machines for getting stuff done without compromising performance, durability or productivity. If you’d prefer a laptop with a flashier design and higher specs for the sake of higher specs, or if you value things like brushed aluminum and pounding bass, look elsewhere. But know that none of those other laptops are a ThinkPad.